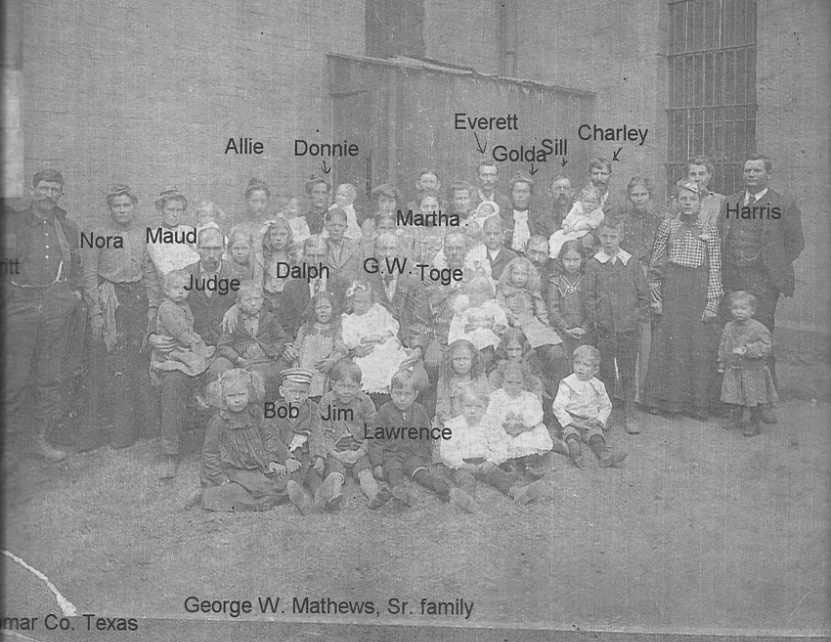 In the early 1900’s G.W. Mathews, who was Goldie Chron’s father accused his wife of infidelity and slit her throat. An article in the Paris Advocate, dated June 14, 1907 reads:

“G.W. Mathews, the old man who murdered his wife by cutting her throat at the corner of Bonham and Division streets six years ago, was pardoned yesterday and started back to Lamar county from Huntsville this morning. He had been convicted and went to the penitentiary for life from the district court. The effort to secure his release from prison, according to a local attorney, had been on foot for several weeks. Among the efforts put forth in his behalf was the sending of a picture of Matthews’ eighteen children and fifty grandchildren to Gov. Tom Campbell at Austin. The news that the pardon had been extended was received in Paris by G.W. Mathews, Jr. yesterday and he immediately sent the money to his father on which to come home. The son lives in Howland and his father lived with him at the time of the tragedy.”

Mr. Mathews later came to live with E.C., Goldie, and the children in Howland, Texas.